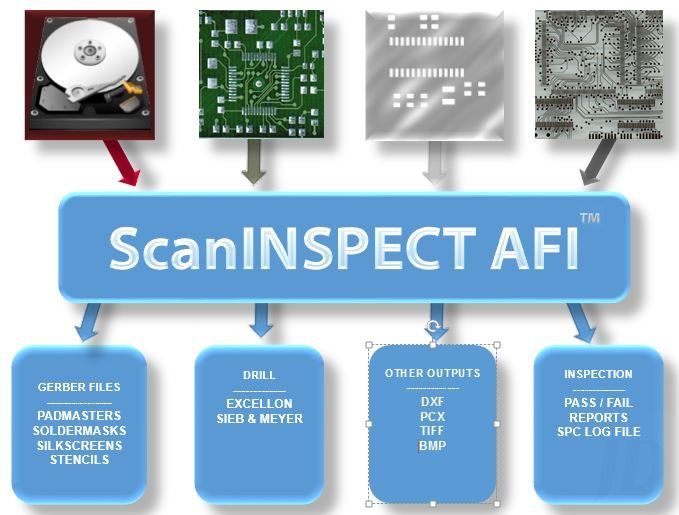 Worried about the quality of existing films or Gerber files? Use ScanINSPECT AFI's "check functions" to verify the accuracy of the data. The new LMA option allows for checking apertures/traces as small as to 0.002" diameter  (0.050 mm).

These functions verify films for production errors, accuracy, opens/shorts, mouse bites, and size. The system steps the operator automatically through all discrepancies of the verification results.

Related Products
Check items to add to the cart or