This is a typical substrate used in the photographic process, and forms the most common substrate in applications that involve general multiple exposures (such as PCBs, etching, printing etc.). Polyester is excellent due to its low-cost nature, but must be handled carefully and used in controlled environments if dimensional accuracy is required.

This plastic base is PET material, and has a thickness of 0.18 mm. The emulsion layer is composed of gelatine and silver halide and other chemicals, which adds another 0.005mm in total 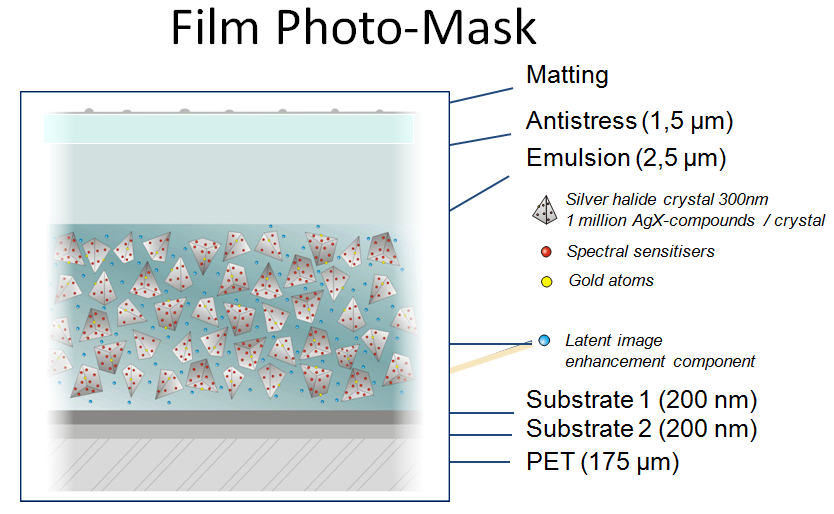 The final result is a ‘black’ image coated on one side of the PET base. The density of the film is very high, typically Dlog of 4.5 – 5, giving it an excellent opacity to all common light sources. 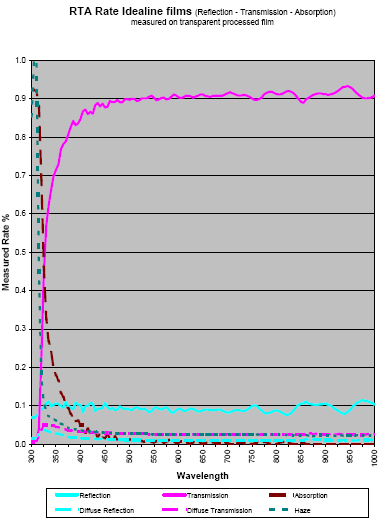 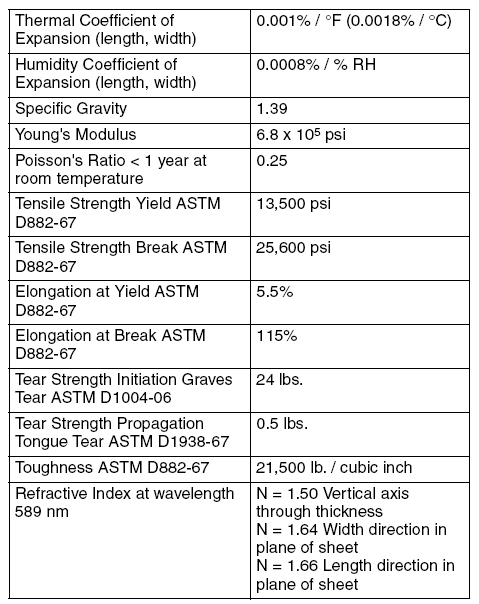